Jump to content
Event Summary
A major early-season heavy snowfall affected north Georgia from Friday, December 8th into the morning of Saturday, December 9th. Many locations recorded up to a foot of snowfall, which is exceptionally rare for Georgia, especially in early December! This heavy snowfall also led to numerous power outages. At the height of the storm over 200,000 customers in north Georgia were in the dark. There was a sharp northwest to southeast gradient of accumulating snow through metro Atlanta. Areas southeast of Atlanta did not receive much accumulating snow, while areas north and west of the city received very significant totals. 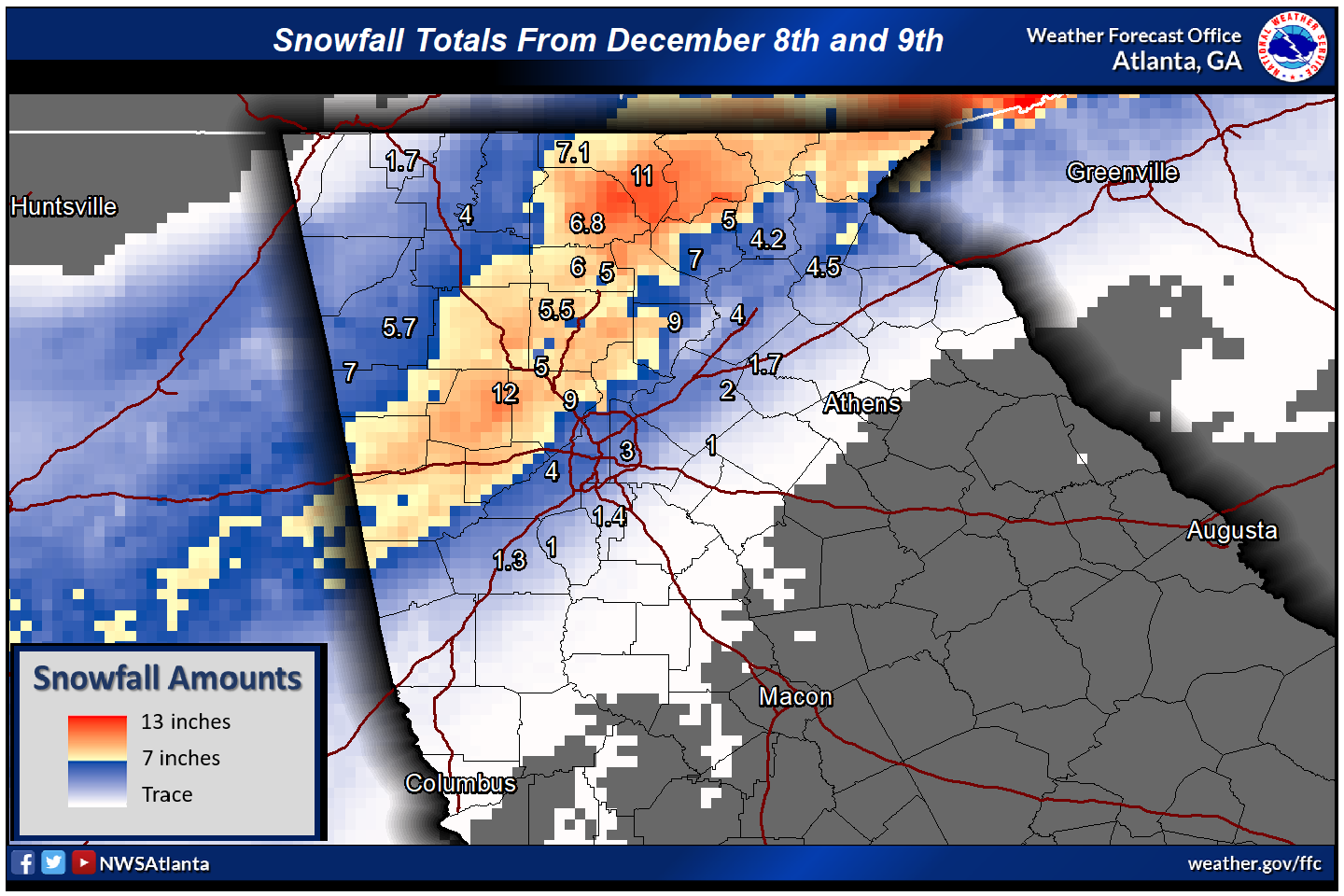 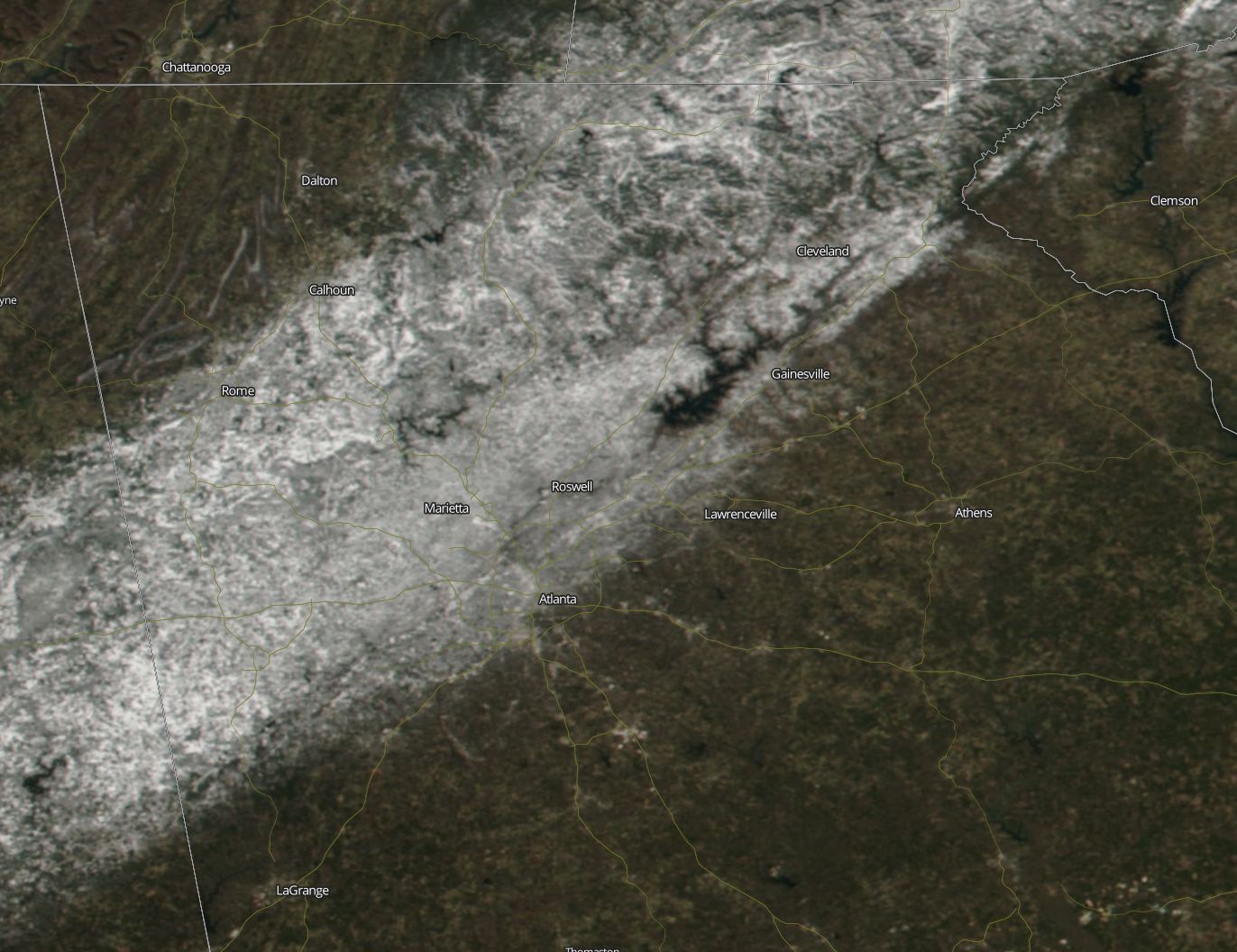 Above: A visible satellite image of north Georgia on the afternoon of Saturday, December 9th shows much of the snow that fell on Friday and early Saturday remained on the ground.
Snowfall Reports Table
For snowfall reports from a specific county, click on the county name of interest below. Counties are sorted alphabetically.
(*Note that only counties from which reports were received are listed below.*)